Talent Lab is jointly led by Mark Herring and Caroline Brock, working with other specialists who we know can help us to deliver on our promises to our clients.

Talent Lab is a lean and agile agency led by a Ying & Yang partnership of creative and practical solutions underpinned by audience thinking. Together with our specialist supply chain – and a “Rolodex” of amazing contacts – this has contributed to the success of many projects for over 20 years. 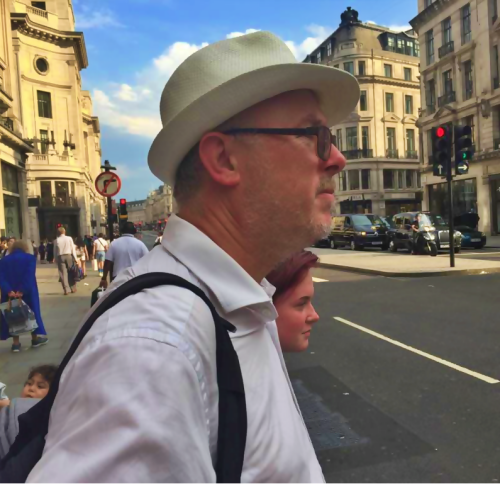 Mark – just wanted to say thanks for a fantastic presentation and Q&A session as part of our employee roadshow. The feedback has been brilliant.

Mark originally trained as a theatre director and still uses the disciplines of theatre in his work as a creative consultant in all his projects and help clients deliver bottom-line growth.  His principle is to understand the goals of a project, then who the audience is, and work backward.

As a director of Talent Lab, Mark has worked with a variety of clients, from PLCs to SMEs, on a variety of branding, marketing and communications projects since the mid-90s. This was after he created and ran an art gallery in Spitalfields, which presented and sold art somewhere between the YBAs and Stuckists. You can view Art East’s office in this early Prodigy video. It is now the market’s toilets.

Mark became the voice for the new Spitalfields, this new creative and retail centre, and was chosen to represent this vibrant collective of small business owners, including retail, food, hospitality and artisans, on television, radio and print. He learned that this would now called branding, marketing, place-making and community building.

He travelled north to Shoreditch in the early 2000s and quickly became the strategist and engagement lead for the nascent Shoreditch Business Network using the skills he had learned in Spitalfields. Here he added online, web and digital to his CV.

Building on the growth of this active networking community, he went on to create and lead Urbano Network, alongside his client work for Talent Lab.

I cannot recommend Caroline highly enough, not only is she fantastic at what she does but she also takes the time to understand your business. SQ’s and PQQ’s is an area we struggled with until we used Caroline’s help. We are now delighted to be shortlisted for a large contract.

Caroline has over 20 years’ experience working in the creative, environmental, engineering and transportation sectors. Prior to forming Talent Lab, she held the role of Communications Manager supporting the execution of workshops, client publications and international conferences. For over a decade she also held the role of Head of Work Winning at AECOM – a global engineering consultancy – leading a team overseeing the delivery of hundreds of tenders and strategic pursuits for public and private sector clients. Caroline was also part of the  strategic team who developed the EMEA Work Winning Toolkit and bitesize training for bid teams and technical authors.

As an experienced Tender Consultant and Bid Author, Caroline has a successful track record including major public sector frameworks for High Speed 2 and Transport for London contracts.

She regularly delivers bespoke tendering training sessions for small businesses to demonstrate how they can raise their game through compelling bid content and leverage best practice.

Caroline is also a Social Value Practitioner and Member of Social Value UK, supporting the aims of the Social Value Act to help companies improve their social, economic and environmental wellbeing in the communities they serve. She is passionate about driving genuine change through the diversity of supply chains. Her role within Urbano Network provides added value to larger companies to connect and partner with smaller local, agile and innovative businesses to create real competitive advantage.

It is rare for Talent Lab’s co-Directors to work alone. We have established partnerships with independent consultants and specialist agencies – from funding and research to digital and model making – and they really know their stuff.

We create value from day one with the best fit experienced delivery team, promoting an inclusive and collaborative culture that works honestly and openly. We are also flexible to scale up quickly to meet key milestones or add value for specific themes or technical requirements.